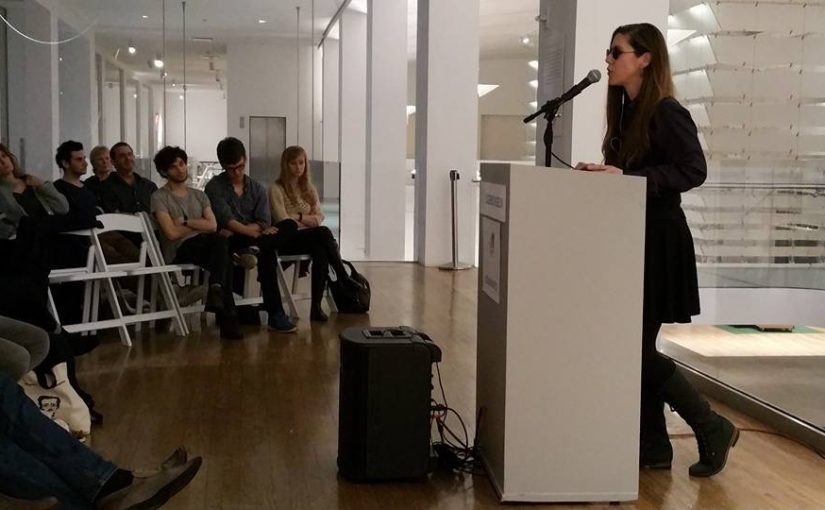 I have given a name to my pain and call it “dog.” It is just as faithful, just as obtrusive and shameless, just as entertaining, just as clever as any other dog–and I can scold it and vent my bad mood on it, as others do with their dogs, servants, and wives. –Nietzsche, The Gay Science.

I first heard this Nietzsche quote while I was sewing–yes, I like to sew and listen to philosophy books as well as novels! It was a quote that caused me to stop my electronic reader and sew quietly for a while. Then I read it and reread it with more and more attention and finally, a poem popped out! Although it needed another month or two of embellishments and revisions, it felt complete, like it was destined to be a thing, from the very beginning.

The poem “A Pain Named Dog” is one of the few I’ve written that I keep coming back to and it seems to keep resonating. I usually tell people that I stole the central conceit from Nietzsche, and I hope that sometimes It gets people to read The Gay Science, but who knows? It’s just a book of aphorisms, so spending time with one of the aphorisms is perhaps as good as flipping through them all.

I presented it last summer at the School for Poetic Computation as a part of my lecture I called “Nietzsche in a nutshell,” and it resonated with the students who were reading works on writing disability, including Nussbaum’s great book Frontiers of Justice, which I write about more in Exploding Stigma.

In The Gay Science, written after a period of illness, Nietzsche illustrates what Nussbaum has to say about the generality of humans entering into and out of disability/dependence throughout their lives. Nietzsche makes embodiedness a central tenet of his philosophy, and pain a necessary component of that embodiedness. His relationship to pain, namely treating his pain as if it were a dog to be trained and disciplined, turns pain from a thing that he submits to into a thing that submits to him.

Perhaps then it makes sense that “A Pain Named Dog” turned out to be the first poem I read out loud in public since I’d lost the ability to read normal print around the age of twelve. For decades I was ashamed of my inability to read with my eyes, and embarrassed that I could no longer read out loud. I was really good when I was a kid.

Finally I hit upon using my little electronic reader’s earbud as a Cyrano, whispering my own words into my ear. That tiny fix made it possible for me to enter fully into a writerly life, and it was not new technology but a kind of paradigm shift in my mind about what reading was. Though I’d been listening to electronic books for decades, I somehow did not make the leap of understanding it to make possible my own presentation of words.

I have given a name to my pain

And call it Dog.

I can tell it to sit, lay down,

I scold it and shame it

And pretend it’s my bitch

And though it worries my carcass

And growls and shits,

It gives me a leg up. On profundity.

I have given a name to my beauty

And call it Snake.

I observe it wind my hand

Delicate as flowers ferocious as fangs

I tell it, PULSE DANGER.

And though its little murders do not ripple

It’s all about ego. Feeling groovy.

I have given a name to my anger

And call it Cockroach

I fatten it with booze and candy

It waxes petty and cruel

I chase it to squash it

But because it incites war

In the bowels of men

It does me some good. Keeps them in check.

I have given a name to my disease

And call it Devil

I know the Fiend called Devil

Is the Blindness called Life

It appeases. Why not?

I have given a name to my sadness

And call it God

I tell it YOU ARE DEAD.

I command SIT STAY ROLL OVER

And though it is just as obtrusive and entertaining

Shameless as any other god,

There are others. I pray.

*First published at The Kitchen Poet and reprinted at Eunoia Review*