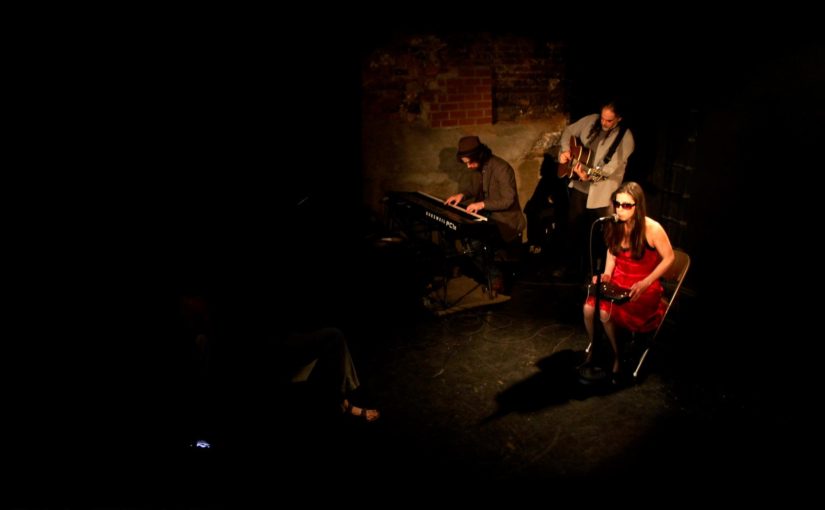 Yesterday I sent off a story–a rather sick and twisted tale that has disturbed the dreams of more than one workshop companion–to a reputable UK horror magazine using Submittable. If you’re not a writer, Submittable may be new to you, but if you are a writer, you can hardly avoid it these days. Submittable is the online hub of submitting work for journals, magazines, even fellowships. I’ve used it many times and have always been so happy and grateful that it exists.

Submitting electronically makes it possible for writers who are blind to participate in the vital, if often painful, act of submitting work without sighted help.

So, while submitting to Black Static yesterday, I was aghast to find that, according to my screen reader, there was no button to choose a file or browse for one. In other words, I suddenly could not attach my story. And for those non-screen reader users, buttons are usually pretty accessible. I cursed and then asked Alabaster to mouse click the damn thing for me, and took it from there–the “submit” button was still accessible.

Then, as is becoming my habit, I wrote a note to the tech support at Submittable telling them about the problem and offering to help test any changes, a typical example of how I reach out in the face of such difficulties:

I am a blind writer and have used Submittable many times for submitting in the past (and also as a member of the editorial review board for Newtown Literary), and today is the first time I’ve not been able to attach a file. My sighted partner had to click the “choose file” button, which did not appear to my screen reader Jaws in Firefox, though the “submit” button showed up fine. Usually such buttons are no problem at all…

Please let me know if I can be of any further service, and feel free to have your developers reach out with any questions, or if they would like me to test anything out for them.

Happily, Submittable is awesome and I received an email within a couple hours:

Thank you for letting us know. We’ll get this fixed asap. I’ve also let our development team know about your kind offer to help them test the system. I’ll be back in touch when I get word of a fix.

Although I always offer to help developers test their systems, I’ve only received a taker once before, and that from the premiere screen writing software Final Draft, with whom I’m working as a beta tester, which is super. It’s just kind of sad that most of the time developers do not take me up on my offer. Why not? Hubris? That’s my guess until some one of them explains it otherwise….

I try really hard not to get frustrated by these encounters with lack of accessibility in the writing community, but it’s hard.

I recently filled out an extensive application for the PEN Center Emerging Voices Fellowship, where several of the menus–age, gender, race, etc.–were not accessible, another frustrating case, as combo boxes and drop-down menus are usually very accessible. So I let Submittable tech support know, and asked Alabaster to take care of these, as the deadline was strict, and there was no time to wait around for a fix.

I also had him choose “Other” in the race box, so that I could type in, “I feel it is important to state that although I am white, I experience many challenges because of my blindness.” Disability is rarely included in statements of diversity, though I think that is changing.

Because the Emerging voices Fellowship is meant to help out traditionally unheard voices, I was able to press the issue further, into the short answers. For example, to the question “Explain why you think you are locked out of the literary establishment,” I wrote:

I have a degenerative eye disease, which means that I’ve occupied pretty much every notch on the sight blindness continuum, but oddly, as my sight has decreased, the technology that gives me access to new books, journals, electronic submissions–in short all the things that are vital to a budding writing career–has flourished. Still, there’s a long way to go. even in this application, there are a few dropdown menus that are not accessible and for which I will need help before submitting. I run into such difficulties often, and I try to let web developers know, but if I picked every accessibility fight, I would hardly have time to write. Thus, in a very practical way, I have been, and often still am, locked out of the literary establishment.

Up until very recently, it was virtually impossible for me to gain access in a timely fashion to contemporary literature. This is part of the reason that I stuck close to the Early Modern Period in graduate school. Through my twenties and thirties, almost nothing was available to me, and now I am surprised when I cannot get ahold of a new book. This is wonderful, but I feel I have a lot of catching up to do with regards contemporary literature.

Even now, there is snobbery in the literary community regarding eBooks, which are accessible books. Happily, more and more prestigious journals–“Tin House,” “Ploughshares,” “Granta“–are available as Kindle books, but others, such as “Glimmer Train,” are not. The point was driven home in a “Publishers Weekly” article, “Bill Henderson Marks 40 Years of the Pushcart Prize.” In it, the founding editor explains why there will not be a digital version of the acclaimed anthology. “’In the future, anyone can read it without using a battery”,'” which indicates a naïve understanding of readers and a complete disregard for accessibility. This illustrates how, even though the technology exists, there is an ideology that keeps myself and other print disabled people locked out of the literary establishment.

In a Catapult workshop I am currently in, we read “Cremains” by Sam Lipsyte, and though I enjoyed the story, my appreciation of the writing was tempered by the portrayal of Hilda, the blind character, who is fantastically stereotyped and badly drawn–I don’t know any blind people who can’t do their own dishes for example. Of course, as writers we will all be mistaken in our portrayals of the other, but until some corrective is offered in the form of blind people taking some control of their literary image, mythology, and metaphorics, not to mention the mundane bits of life that the sighted cannot know experientially, the stories will remain terribly lopsided both in terms of number and authenticity.

*This is essay 24 of #52essays2017. Read #23 “She Doesn’t Look Blind to Me” The Blind Actor Phenomenon, where I talk about challenges facing the blind actor*