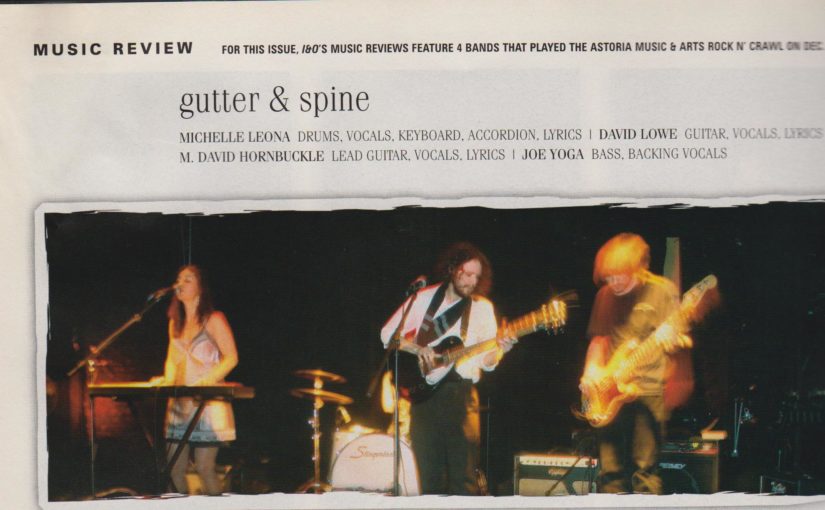 Sometimes I feel like I confuse friends and family with my chameleon approach to life, but in my own mind, grad school led me to the stage which led me back to the page, where I started so long ago before the eye disease. I’d like to think that my changeability stems from the need to adapt and adjust to the winds of time and the caprices of Fortune. As Machiavelli says in The Prince, “a prince will be fortunate who adjusts his behavior to the temper of the times, and on the other hand will be unfortunate when his behavior is not well attuned to the times.”

I taught Machiavelli many times in a course called Conversations of the West, offered by NYU as part of their core curriculum for non-humanities students to help broaden their perspective as they stepped into their lucrative boxes as doctors and lawyers and business executives–cue Little Boxes.

Teaching Conversations of the West was a team effort led by professors all over the humanities–from the German department to philosophy, history to English, and each professor inflected the course in his or her own way. Even the English professors, with whom I taught each had their own version based on their academic leanings. I should say though, that the first part of the course was more similar–everyone had to do The Odyssey, The Aeneid, some selections from the Old and New Testaments, something by Plato, and a Greek tragedy. So there was flexibility–in the many times I was a TA for this course, we always read Genesis, but sometimes we read Oedipus and other times Antigone, sometimes Phaedrus and other times Credo. The second half of the semester would be completely up to the professor, so long as it continued to dialogue with the ancients. I taught the Renaissance flavored class most often, the Eighteenth Century several times and once, in a perverse twist of fate, the Medieval, but always with English professors because that was my department.

My favorite flavor was taught by Professor Ernest Gilman, and it is from him that I stole my reading of Machiavelli that became the song D’Orca–in a process similar to that of the origins of Sludge. Written with my buddy David and first performed with our band gutter & spine, I later adapted it for solo performance with my loop pedal.

Here’s the passage from which I lifted the lyrics:

“The next point is worthy of special note, and of imitation by others; I don’t want to pass lightly over it. When the duke took over the Romagna, he found it had been controlled by impotent masters, who instead of ruling their subjects had plundered them, and had given them more reason for strife than unity, so that the whole province was full of robbers, feuds, and lawlessness of every description. To establish peace and reduce the land to obedience, he decided good government was needed; and he named Messer Remirro de Orco, a cruel and vigorous man, to whom he gave absolute powers. In short order this man pacified and unified the whole district, winning thereby great renown. But then the duke decided such excessive authority was no longer necessary, and feared it might become odious; so he set up a civil court in the middle of the province, with an excellent judge and a representative from each city. And because he knew that the recent harshness had generated some hatred, in order to clear the minds of the people and gain them over to his cause completely, he determined to make plain that whatever cruelty had occurred had come, not from him, but from the brutal character of the minister. Taking a proper occasion, therefore, he had him placed on the public square of Cesena one morning, in two pieces, with a piece of wood beside him and a bloody knife.8 The ferocity of this scene left the people at once stunned and satisfied.” –Chapter VII

In other words, the very excellent almost-prince and son of a pope Cesare Borgia uses a real bastard named Messer Remirro De Orco to do his dirty work in stamping out some intractable towns and then, realizing that de Orco has left some pissed off Italians in his wake, he turns around and… well just listen to the song…

The song is also influenced by another brutal passage from The Prince, in which Machiavelli offers some words of advice regarding what a virtuous (manly) prince ought to do with that bitch Fortuna:

“I conclude, then, that so long as Fortune varies and men stand still, they will prosper while they suit the times, and fail when they do not. But I do feel this: that it is better to be rash than timid, for Fortune is a woman, and the man who wants to hold her down must beat and bully her. We see that she yields more often to men of this stripe than to those who come coldly toward her. Like a woman, too, she is always a friend of the young, because they are less timid, more brutal, and take charge of her more recklessly.” –From Chapter XXV

It is sad to me that, the political climate being what it is today, I must hesitate here to stress the fact that this is a metaphor. That brutalizing women, or creating a climate where women may be brutalized, should be, by now, safely tucked away in our society’s embarrassing and brutal youth.

In any case, this is a metaphor, about the need to bend circumstances to our will and not be bent by them. Substitute women for men in these lines, and any old name–let’s go with Trump–for Fortune, and we’ll get a pill that might taste more palatable:

“I conclude, then, that so long as Trump varies and women stand still, they will prosper while they suit the times, and fail when they do not. But I do feel this: that it is better to be rash than timid, for Trump is a Man, and the woman who wants to hold him down must beat and bully him. We see that he yields more often to women of this stripe than to those who come coldly toward him. Like a man, too, he is always a friend of the young, because they are less timid, more brutal, and take charge of him more recklessly.”

*This is #25 of #52essays2017. Read my previous essay, about my adventures in the writing life HERE*