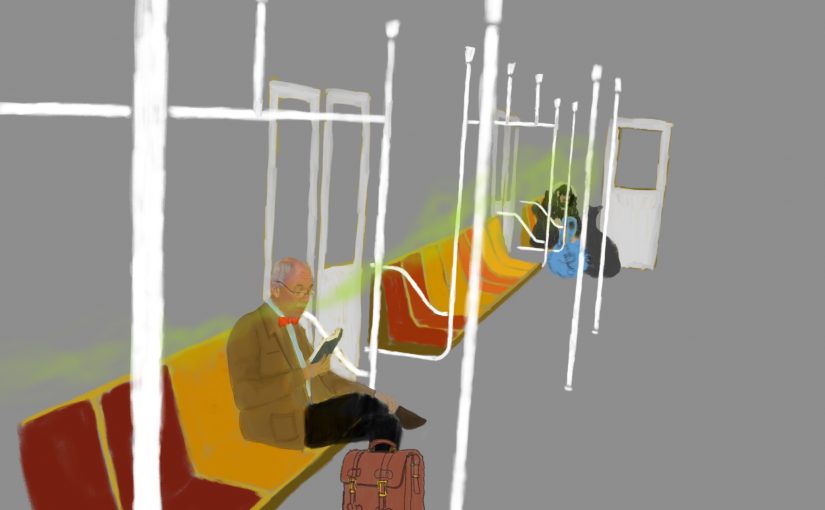 New beginnings collide with old haunts in recent months as Alabaster and I settle back into New-York-City living. A sudden teaching gig landed me back at NYU, helping out a favorite former professor as the oldest TA in the world, . And on the other side of things, I was honored that the New York Times let me weigh in on the ongoing Helen Keller craze in their Opinion section. And Inside Edition let me set certain sighties straight with a newsy piece about the experience of blind people in an ocularcentric world and what the media so, so often gets wrong about us…

Speaking of favorite professor Ernest Gilman, he graced Aromatica Poetica’s virtual pages with a personal essay about his newly discovered anosmia. Our scent columnist, Catherine Haley Epstein, wrote about scent and architecture in her most recent Olfactory Report.  She also introduced us to an important  new word and concept in “Rhinoferocious.”

Sometimes worlds collide in delightful ways. Case in point: the first Goodreads review I received for There Plant Eyes was by Laura Sackton. I was so delighted by her generous review that I kind of stalked her—but I didn’t have to go very far to learn where I might do so in a respectful and satisfying way. Laura has a fantastic newsletter called Books & Bakes, which involves—you guessed it—book reviews and baking recipes, both of which she delivers enticingly. I asked her to put together a few books and bakes together for Aromatica Poetica, and the result is this charming trio of reviews and recipes. Remaining On the tasty side of literature for a bit longer, we published “Italian Sunday,” a poem by Diane Kane.

Poetry adores the natural world as evidenced by “Ember Opens the Door,” by Brook Bhagat, and a trio of poems including “Harboring Hyacinths” by John Muro. We were also delighted to publish “Sneezing Coyotes” and other poems by Salvatore Marici.

And it’s never too late for “A Country Christmas” story, particularly  when it comes at ya in a rollickin tumult of words by the inimitable David P. Stewart.

In other literary news, my friend Alice Eakes, myself, and other blind and low-vision writers had stories published in a first-of-its-kind own-voices anthology called Artificial Divide, edited by Robert Kingett and Randy Lacey. It’s available in large print, ebook,  and audiobook versions. 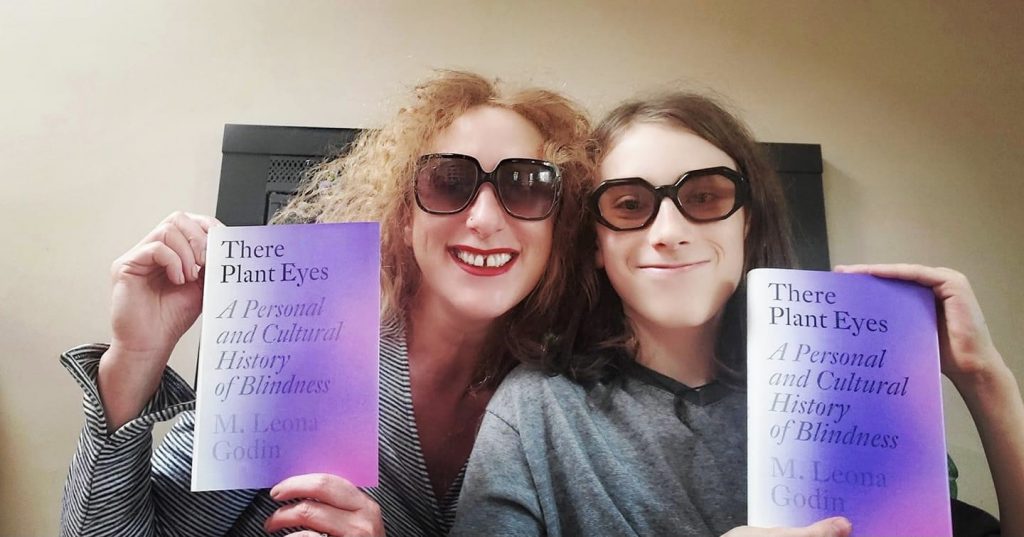 The hardcover of There Plant Eyes has been out in the world for 8 months, and we just got the good news that the paperback will be released in August. We sold translation rights to Korea and Poland and fingers crossed for more. If you read the book and loved the book, please consider giving it 5 stars on Goodreads, Audible, Amazon, B&N, or wherever you learn about and buy books. Also, we  still love receiving your TPE photos , like the fabulous one above from best friend Indigo and her son Julien.

Finally, Aromatica Poetica is back open for submissions! We would love to read your fiction, nonfiction, and poetry.