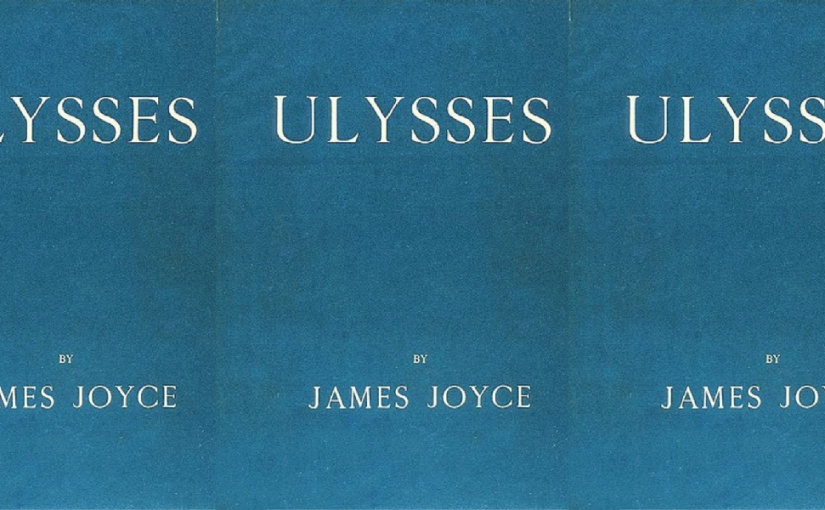 “Ulysses at 100: Why Joyce was so Obsessed with the Perfect Blue Cover” is a delightful article at The Conversation by Dr Cleo Hanaway-Oakley. It’s not only a fun deep dive into the famous blue cover, but it’s also about Joyce’s interest in blindness and the blind community. It is in this context that There Plant Eyes is referenced!:

In her thoughtful new book, There Plant Eyes: A Personal and Cultural History of Blindness, writer and educator M. Leona Godin devotes several pages to her interactions with Ulysses. She discusses the “blind stripling” character who taps his way through Dublin, and through Ulysses, using his “slender cane”.

Godin praises Joyce’s ability to capture the musicality of the tapping cane and articulates the complexity of Joyce’s relationship with blindness: “Even if Joyce felt some kinship with the blind stripling, he was still a sight-oriented person who might think […] of the blind as ‘they’.”

James Joyce was losing his sight and could have been preoccupied with the canon of writers before him who also suffered from ocular issues.

Joyce would have loved Godin’s book, as he appears to have had a keen interest in blindness memoirs and advice guides written by blind people, for blind people (and their supporters). Scholars have largely glossed over Joyce’s references to blindness in his composition notebook. But I’m delving deeper to get to grips with Joyce’s thoughts on visual impairment.

It is fascinating to read Joyce’s depiction of the blind stripling in Ulysses, alongside one of the blindness books mentioned in his notes: Les Aveugles par un Aveugle (The Blind as Seen through Blind Eyes) (1899), by Maurice de la Sizeranne.

As I outlined in a public lecture last Bloomsday, there are several similarities, in terms of content and focus, between the two books.

The observations de la Sizeranne makes about his fellow blind man parallel those made by Ulysses’ protagonist Bloom about the blind stripling. Both Bloom and de la Sizeranne discuss the intriguing relationship between colour perception and touch, in blind experience, and suggest an additional blind sense: a “kind of sense of volume” involving the “nerves of the face” or the “forehead”. In reflecting blind experience onto his blind readers, de la Sizeranne – to borrow a phrase used in Ulysses – urges us to “see ourselves as others see us”.

In Joyce’s notes, the name of a hitherto unidentified “Dr Staub” is scrawled next to the title of de la Sizeranne’s book. Staub was believed to be one of Joyce’s eye doctors. However, I have discovered that he is, in fact, Dr Theodor Staub, the blind founder of the Swiss Library for the Blind.

It is unclear why Staub’s name appears next to Les Aveugles par un Aveugle. Whatever the precise connection, in jotting down Staub’s name, Joyce, at the very least, demonstrated a desire to engage with the blind community and with books for the blind.