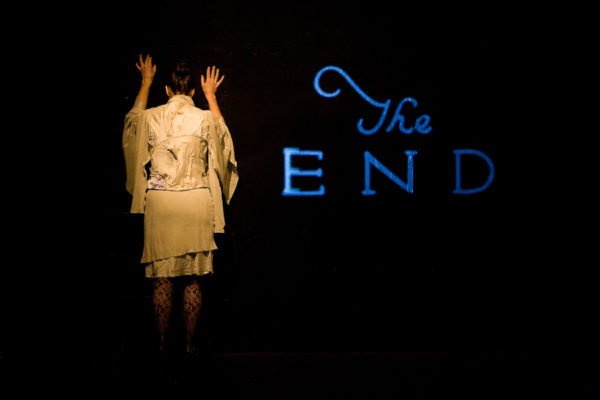 M. Leona Godin is a writer, performer, and educator who is blind. Her first book, There Plant Eyes: A Personal and Cultural History of Blindness is forthcoming from Pantheon Books on June 1.

Godin received her PhD from NYU in Early Modern Literature and promptly turned around and wrote two plays: The Spectator & the Blind Man, about the very sexy history of the invention of braille, and The Star of Happiness, about Helen Keller’s time on Vaudeville. She was honored to be a 2019 Logan Nonfiction Fellow. Her writing can be found in such diverse publications as The New York Times, Playboy, O Magazine, FLAPPERHOUSE, and Catapult, where she writes A Blind Writer’s Notebook. For more of her fiction, nonfiction, and poetry, check out her list of publications at her Blind Writer page.

Leona is the founding editor of Aromatica Poetica, an online magazine exploring the arts & sciences of smell & taste. After living in Astoria for nearly seventeen years, she created Distillation Installation as a multi-sensory farewell to her home and hoarding. Now she bounces through the cosmos carrying only a suitcase of black clothing and costume jewelry and backpack of accessible technology with her partner-in-crime-and-art, Alabaster Rhumb.

Leona also dabbles in sound design for her writing as well as short films, for example A Pain Named Dog (Poem) and We Are Vagina (short film), . Most recently she created a soundscape for Pulcinella’s Opus, which was shown at the Museum of the Moving Image.

Yes, Leona is the real blind voice and face behind the Non-24 Vanda TV commercial! You can read her actor resume HERE.

And yes, she was born with the birth name Michelle Leona Goodin–but if you call her by the “M” word, she’ll not talk to you anymore. Check out “Me by Any Other Name,” for more on the momentous name shift.

Or, email her at leona@drmlgodin.com.