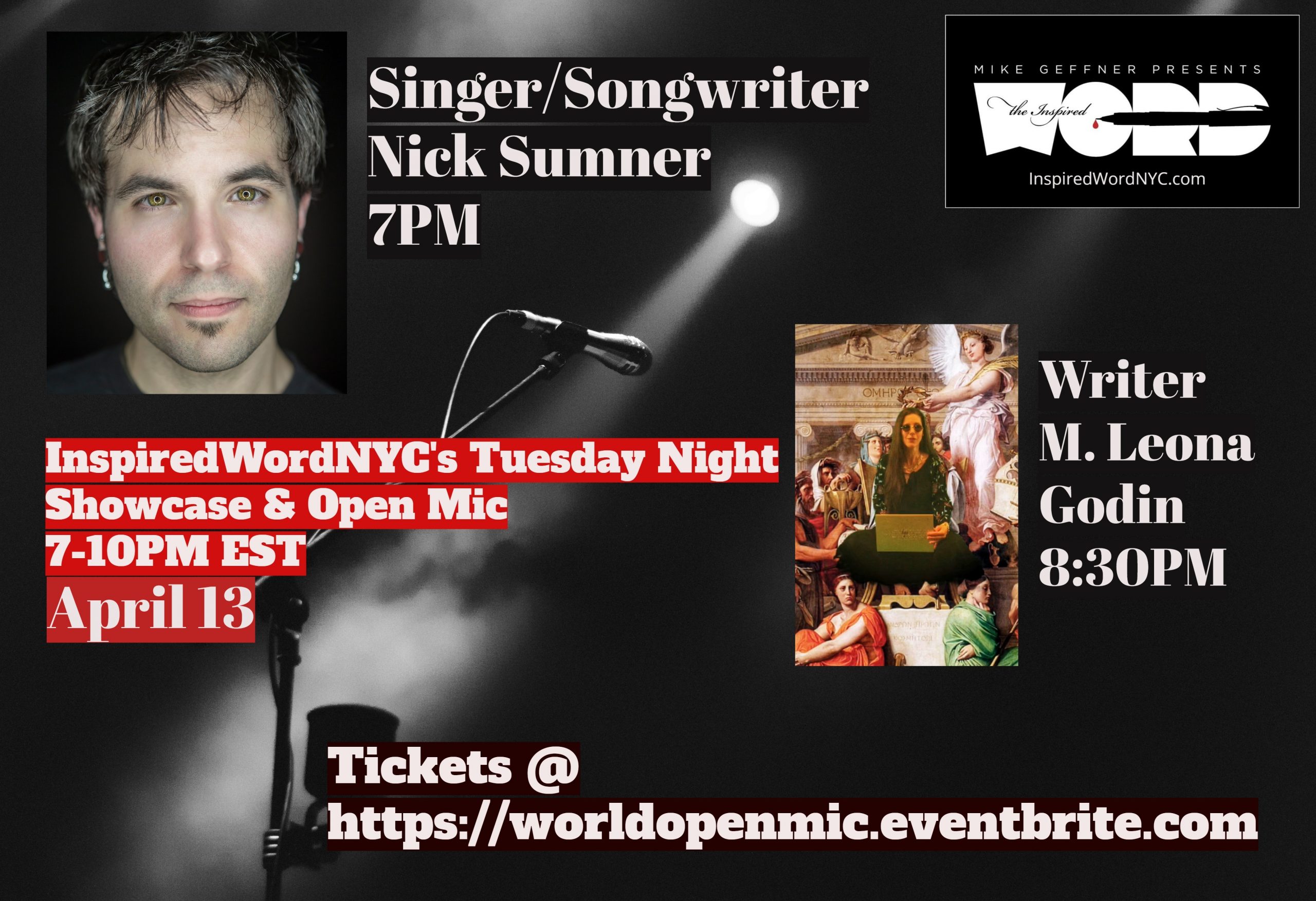 I’m excited to be one of two featured performers at the Inspired Word Tuesday Night World Showcase and Open Mic! Come check out my half-hour performance of selections from There Plant Eyes: A Personal and Cultural History of Blindness (Pantheon Books, June 2021), and consider a performance of your own!

More about There Plant Eyes

A probing, witty, and deeply insightful history of blindness—in Western culture and literature, and in the author’s own experience—that ranges from Homer and Milton to Louis Braille, Helen Keller, and Stevie Wonder

Godin illuminates the often surprising history of both the physiological condition and the ideas that have attached to it. She incorporates an analysis of blindness in art and literature (from King Lear to Star Wars) and culture (assumptions of the blind as pure and magically wise) with a study of the science of blindness and key developments in accessibility (the white cane, embossed printing, digital technology) and a recounting of her own experience of gradually losing sight over the course of three decades. Altogether, Godin gives us a revelation of the centrality of blindness and vision to humanity’s understanding of itself and the world.

More about the Inspired Word