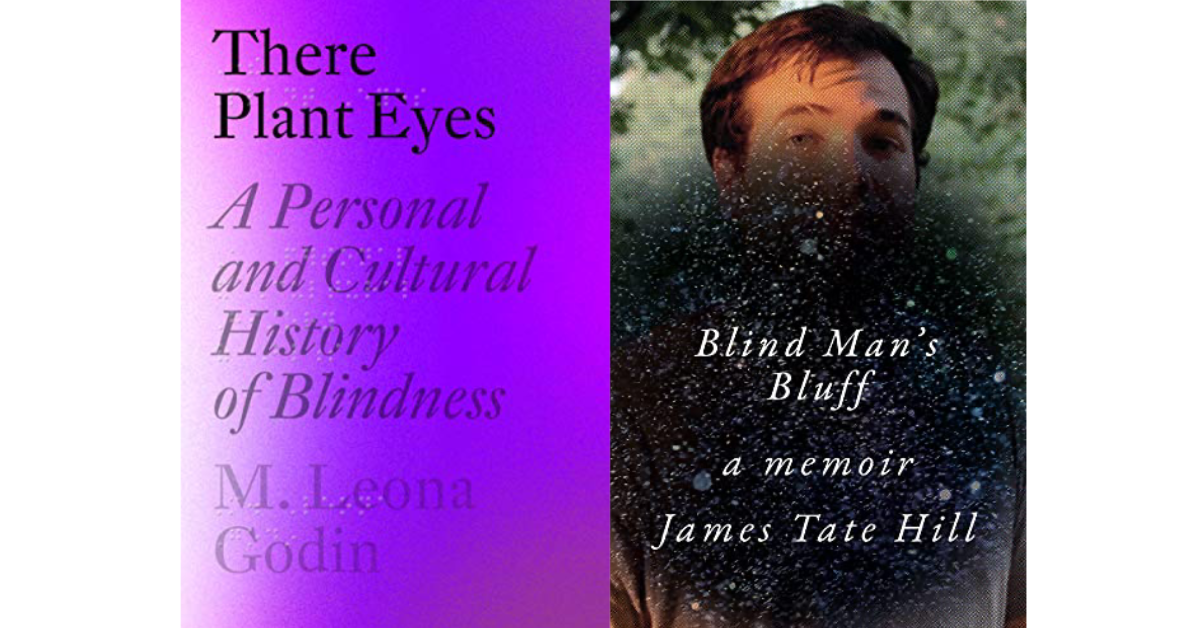 We’re pleased to welcome M. Leona Godin to our At Home with Literati Series in support of There Plant Eyes. She’ll be joined in conversation by James Tate Hill.

Note: we are now hosting on Zoom webinars. You will be prompted to enter a first name and email upon joining. You may then see a window reading “waiting for host to start webinar,” but sit tight–you will be admitted as soon as we begin broadcasting live! You will be able to submit questions using the Q&A feature.

Probing, witty, deeply insightful, and rich with personal anecdotes, THERE PLANT EYES takes us on a journey across Western cultures’ representations of blindness from Homer to Stevie Wonder; from King Lear to Star Wars. Along the way Godin highlights key technological developments in accessibility, writing as clearly and engagingly about the science of the physiological condition as she does about the cultural representations of it. Vast in scope, but eminently readable, it is a book for lovers of literature, history, social justice, and science alike.

M. Leona Godin is a writer, performer, and educator who is blind. Her writing has appeared in The New York Times; Playboy; O, The Oprah Magazine; and Catapult, where she writes the column, “A Blind Writer’s Notebook.” She was a 2019 Logan Nonfiction Fellow and has written and produced two theatrical productions: The Star of Happiness, based on Helen Keller’s time performing on vaudeville, and The Spectator & the Blind Man, about the invention of Braille. She founded the online magazine Aromatica Poetica as a venue for exploring the arts and sciences of smell and taste; not specifically for, but welcoming to, blind readers and writers. She holds a PhD in English Literature from NYU and has lectured on art, accessibility, disability, and technology at NYU’s Tandon School of Engineering, Rice University, and the American Printing House for the Blind, among other venues.

James Tate Hill is an editor for Monkeybicycle and contributing editor at Literary Hub, where he writes a monthly audiobooks column. The Best American Essays has chosen two of his works as “Notable,” and he won the Nilsen Literary Prize for a First Novel for Academy Gothic. Born in West Virginia, he lives in Greensboro, North Carolina.