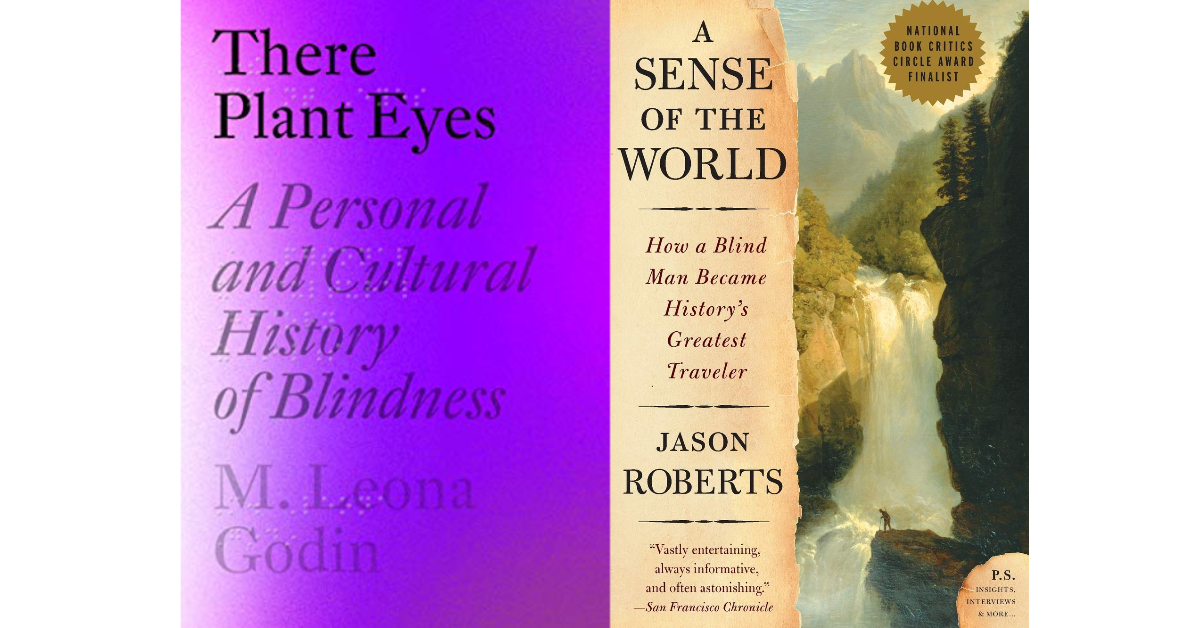 From Homer to Helen Keller, from Dune to Stevie Wonder, from the invention of braille to the science of echolocation, M. Leona Godin explores the fascinating history of blindness, interweaving it with her own story of gradually losing her sight.

There Plant Eyes probes the ways in which blindness has shaped our ocularcentric culture, challenging deeply ingrained ideas about what it means to be “blind.” For millennia, blind­ness has been used to signify such things as thoughtlessness (“blind faith”), irrationality (“blind rage”), and unconsciousness (“blind evolution”). But at the same time, blind people have been othered as the recipients of special powers as compensation for lost sight (from the poetic gifts of John Milton to the heightened senses of the comic book hero Daredevil.)

Godin—who began losing her vision at age ten—illuminates the often-surprising history of both the condition of blindness and the myths and ideas that have grown up around it over the course of generations. She combines an analysis of blindness in art and culture (from King Lear to Star Wars) with a study of the science of blindness and key developments in accessibility (the white cane, embossed printing, digital technology) to paint a vivid personal and cultural history.

A genre-defying work, There Plant Eyes reveals just how essential blindness and vision are to humanity’s understanding of itself and the world.

M. Leona Godin is a writer, performer, and educator who is blind. Her writing has appeared in The New York Times; Playboy; O, The Oprah Magazine; and Catapult, where she writes the column “A Blind Writer’s Notebook.” She was a 2019 Logan Nonfiction Fellow and has written and produced two theatrical productions: The Star of Happiness, based on Helen Keller’s time performing in vaudeville, and The Spectator and the Blind Man, about the invention of braille. She founded the online magazine Aromatica Poetica as a forum for exploring the arts and sciences of smell and taste, not specifically for, but welcoming to, blind readers and writers. She holds a PhD in English Literature from NYU and has lectured on art, accessibility, disability, and technology at NYU’s Tandon School of Engineering, Rice University, and the American Printing House for the Blind, among other venues.

Jason Roberts is the author of A Sense of the World: How A Blind Man Became History’s Greatest Traveler, a finalist for the National Book Critics Circle award, and the upcoming Every Living Thing.